A Little Story About YOU! 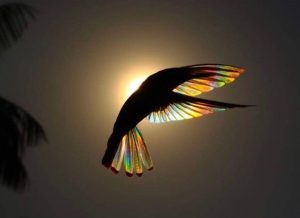 I really hope you are enjoying your life’s creations and manifestations. Great if you are and if not, you can change what is showing up by paying more attention to what you are focusing on.

I have a little story for you this month that may be familiar to some of you and surprisingly comforting and even informative to others. This story starts as many stories do with the words, “Once upon a time.” This lets the listener know that what they are about to hear is a story, a tale that may entertain, contain wisdom and is simplified so that the message can be conveyed in a way that allows for unusual and sometimes foreign ideas to be looked at gently.

Once upon a time, in a place where there was no time a vast energy became aware that in our “human” terms it was a little bored. Now this vast energy was such that we with our human minds can not really understand how such a thing could be, that such an entity so unimaginably huge, all-knowing and powerful could ever become tired of its existence. Well it was. And because it knew everything, nothing could surprise it or really give it an original thought or idea. So after what might be to us a couple of billion years, this entity that was so large our whole universe was like the size of a single atom in relation to the whole Earth devised a plan to give it expansion and growth, as well as having the delight in discovering something new.

The idea that was conceived was to separate parts of itself and send these parts out away from itself in such a way that the separated parts would have an individual consciousness of their own. Now these smaller parts of the great whole were in constant connection and communication with their greater self and even though they had individuated consciousness, because of the connection and constant direct communication nothing unique or new really was achieved or discovered. These parts of the greater whole assumed different functions, purposes and could work together or separately, however they desired. Generally speaking, some parts became primarily Creators and others were Servers to the Creators and their creations.

Another plan was born through the understandings gained from the first group of individuated parts of the greater consciousness. The plan was to further individuate and then to construct places of “free will” where the further individuated parts would find themselves in a place of forgetfulness that would allow for the freedom to discover and create from an illusion of separation from the whole of who they really are. The universes constructed would allow for the biological “housing” of the individuated parts in various forms of physical expression. Once physically housed the individuated parts would “forget” almost all of who and what they really are and where they may most recently have “originated” from as well as the inseparable connection to the oneness and unity that they truly are. Various constructs were put into place within the physical biology to assist in the forgetfulness and reinforce the illusion of separation.

So, with great enthusiasm and excitement individuated portions of God-Goddess-All-That-Is further individuated and lined up to send and allow another fragment, a spark of them to incarnate into a physical biological entity that was wonderfully limited. Forgetting and being limited as compared with knowing everything that would ever happen was the key to helping the expansion of All-that-Is in unique and new ways offering challenges and new possibilities to unfold. The biological entity, amazingly complex and able to reproduce, creating more biological entities like themselves able to house even more sparks of a greater whole, a greater divinity into a “new” growing, evolving body that would be able to continue this process of expansion and creation for all of the physical and non-physical parts combined expansion!

With great delight, many plans, ideas to explore, multiple options and untold combinations of interaction to be explored this family of light, non-physical entities’ parts of even greater aspects of themselves sent multiple sparks, multiple aspects of themselves into physical worlds, into physical bodies. All knew that once physically incarnated the Sparks would forget their true origin and immortal nature and believe themselves to be much, much less than what they truly are. Because of this forgetting all kinds of new and unique situations could be acted out. The actors could play all different kinds of roles throughout the ages as this physical place would have the illusion of time so firmly set within the biology of the incarnated Sparks and their physicality would have a limited lifespan so all possibilities and possible combinations of roles could be played and acted out. The physical bodies aged through time and then transitioned back to their greater non-physical aspects to line up again to have the chance to be physical again and to continue to play various roles with their brothers and sisters in physical form.

Even though the Sparks would forget their true nature they were all given a guidance system that allowed them to navigate in the worlds they found themselves in. They would get direction and guidance from the greater non-physical parts of themselves through their feelings. Their feelings were a direct way to align with the pathways offering the highest choice in any given situation. Feelings of joy, enthusiasm, excitement, passion, heart opening, love and the feeling of just knowing what was “right” would guide and point out the way.

The stage for this grand play that the Sparks were the actors on would offer the opportunity for separation, the illusion of death (to make it all feel so “real” and critically important) and the opportunity to play multiple roles and challenge each other to bring out the highest expression of creativity within each other. Being vast multi-dimensional masters there would be constant assistance, guidance and opportunity for shift and change from the non-physical aspect of the Sparks and other non-physical entities whose joy is to assist in the ongoing play. The individual Sparks could decide if they wanted to act in a drama, comedy, love story, adventure or whatever aspect they might individually choose to focus on. Through their connection to the source of all that is whatever the individual Sparks decided to focus on they would increase that in their own reality, their own world.

The Sparks mission was through the contrast of knowing what they would prefer not to have or participate in as their reality would be to create the reality, the life situations they each uniquely desired through their focus and what they gave their attention to. They could individually and collectively create whatever they focused on and due to the delay in time from thought to manifestation they could change their direction as they evolved and as it pleased them. Some Sparks had some preset agendas and by following the path that contained the most “heart”, the path that was illuminated for them through their feelings and emotions they would always know the better direction to take and the better choices to be made that would bring about the highest manifestations in their lives.

So, I am sure you have discovered by now that every single human on this earth is, in terms of the little story above, a Spark. You are the physical manifestation of a vast multi-dimensional entity and are always connected, loved and supported by this greater part of you.

What you focus on and put emotional intensity into you will attract more of that same thing into your life. Focus on what feels good, nurturing, fun, let’s you feel more alive, is heart opening, is exciting and blissful to you. Feeling good is a choice. Choose to feel good and make the choices that “feel” good to you over those that do not. You do not have to figure it all out ahead of time. Your feelings will guide you in the best direction to go in any situation.

Here, briefly and somewhat simply stated, is how it all works: